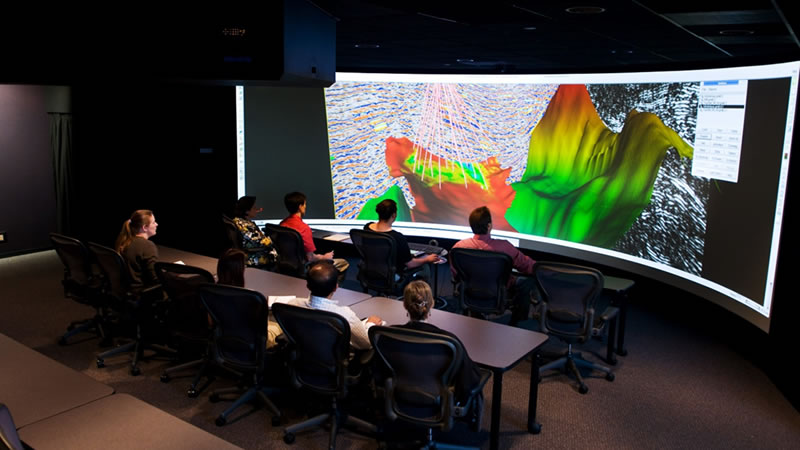 Prime Minister David Cameron has announced a series of measures to support the oil and gas industry, including the recent extension to the Natural Environmental Research Council (NERC) Centre of Doctoral Training (CDT) in Oil and Gas led by Heriot-Watt.

The extension covers a fourth student cohort, securing a £1 Million boost to the CDT, the only CDT or Doctoral Training Partnership so far to be granted this continuation of its work.

Speaking in Aberdeen, the Prime Minister also announced the award of an Oil and Gas Authority (OGA) Capital Grant worth £700k that enables Heriot-Watt University to house a new high performance 3D Visualisation Suite in its wing of the new Lyell Centre of Earth and Marine Science and Technology. The Lyell Centre, which will house the British Geological Survey’s Scottish operations, is nearing completion and the first staff will move in next month.

Professor John Underhill of Heriot-Watt’s School of Energy, Geoscience, Infrastructure and Society, Academic Director of the CDT who led the OGA Capital Grant bid, said, “I am delighted that the Government is demonstrating its support for and strong commitment to teaching and research in applied geoscience. Whilst the announcement that the CDT program will be extended acknowledges the need to redress training provision for the oil and gas industry, the award of the visualization suite shows that the Government understands the need for the latest technologies to be deployed when imaging the subsurface.”